It’s Time to Prepare for the New-Collar Worker

Between 2018 and 2028, an estimated 2.4 million manufacturing jobs have the potential to go unfilled in the US due to a shortage of qualified workers. According to Deloitte, this skill gap in the talent pool over the next decade has a potential economic impact of roughly 2.5 trillion dollars.

However, Gen Z could be the generation to fill the gap. Despite their typically negative attitudes towards Baby Boomers on topics like climate change and financial inequality, the workplace newcomers of Gen Z are actually quite similar in their approach to work: money talks. Gen Z-ers were raised in a time of economic crisis, and they're widely characterized by their financial pragmatism.

With the rising cost of four-year undergraduate degrees combined with a lifelong exposure to technology, Gen Z-ers have the opportunity to become a new type of worker with the potential to fill the gap in traditionally blue collar industries. Enter the "New Collar" worker.

Programs guiding Gen Z-ers into these roles are also becoming increasingly prevalent. At IBM, these roles largely encompass new technology, ranging from designers to software engineers. Others, like the Build Your Future outreach program under the umbrella of the National Center for Construction Education and Research (NCCER), appeal to the financial instincts of Gen Z by connecting them to craft labor apprenticeships in modernizing trades like carpentry, welding, and construction.

Most importantly, however, interest in New Collar roles among Gen Z is growing. According to the 2019 L2L Manufacturing Index, an annual measurement of the American public's perceptions of US manufacturing, it was found that compared to the general population, Gen Z-ers are 7% more likely to consider working in the manufacturing industry and 12% less likely to view it as being in decline.

While extensive studies have yet to be conducted in other industries, more general statistics allude to a similar pattern. Polling conducted by the College Savings Foundation discovered that, when asked if they would take on debt to cover college bills, only 11 percent of student respondents said yes. That's down significantly from 20 percent last year.

However, Gen Z also brings some distinct needs to the workplace: constant communication and feedback, digital connectivity, and a mobile-first approach to internal communications. 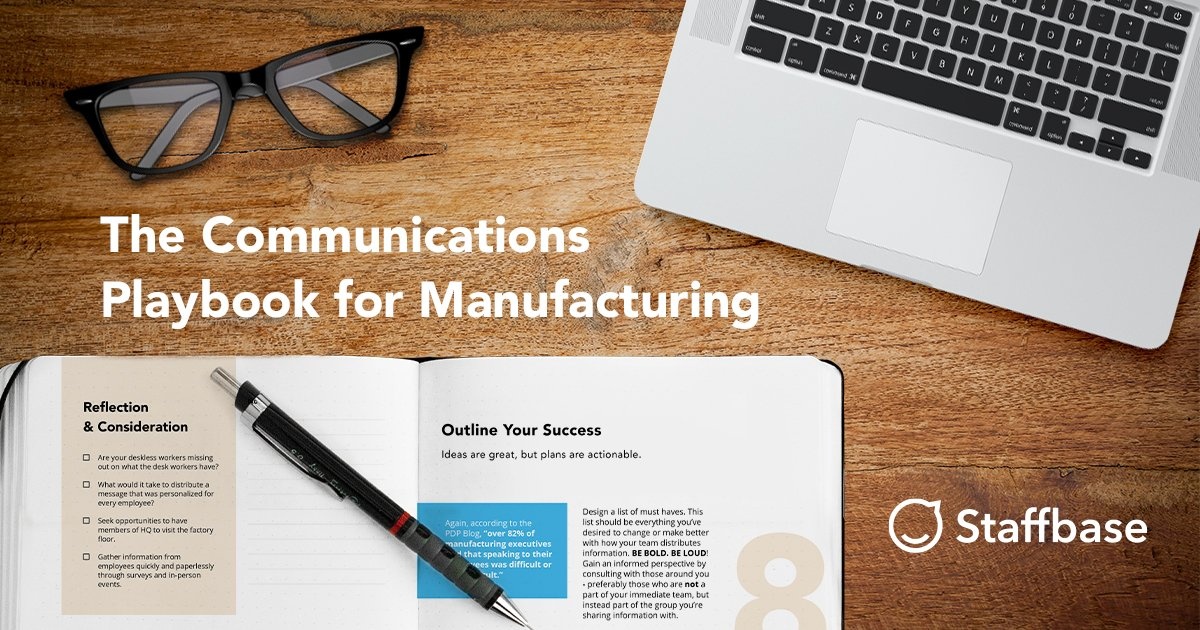 Download our Communications Playbook for Manufacturing to learn how your company can better engage non-desk workers on the factory floor with a modern internal communications strategy, developed in conjunction with our most successful customers.